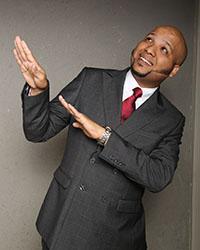 After a decade on the Durban Comedy scene, Neil Green easily stands out as one of Durban’s most sought after entertainers:

A prolific comedy writer, the man literally has “jokes for days”.

His hilariously honest, introspective brand of comedy, covering all manner of everyday topics has won him legions of fans throughout Durban and more recently throughout the country.

Green debuted his highly successful One-Man Comedy Show (“I’m Ill!”) in 2012 and has been on the rise ever since.

In 2017 he was selected as one of the top 4 SA comedians for an extensive country-wide tour called Trending Comics, and also officially joined the East Coast Radio team as a DJ with his own weekly show.

As a Professional MC and Corporate Entertainer, Green not only brings a level of smooth professionalism to any event, he’ll ensure that your clients and colleagues have a good time too!

He’s hosted and performed at a number of high-level corporate events, for a number of companies, including the likes of Unilever and Transnet.

“He was more than awesome and my event wouldn’t have been the success it was if not for his presence!”

- Adele Hoosen, 430 Events; This email address is being protected from spambots. You need JavaScript enabled to view it.